With several collection and production sites, the Grap’Sud group remains deeply rooted in its traditional territory, as close as possible to its members and its contributors in order to offer a quality local service. The strengthening of our activities is demonstrated by the new strategic sites in the main European vineyards -­ such as the Gardovial plant in the south of Spain ­- ­in order to benefit from customised and competitive sourcing, as well as an expansion of our catchment areas. 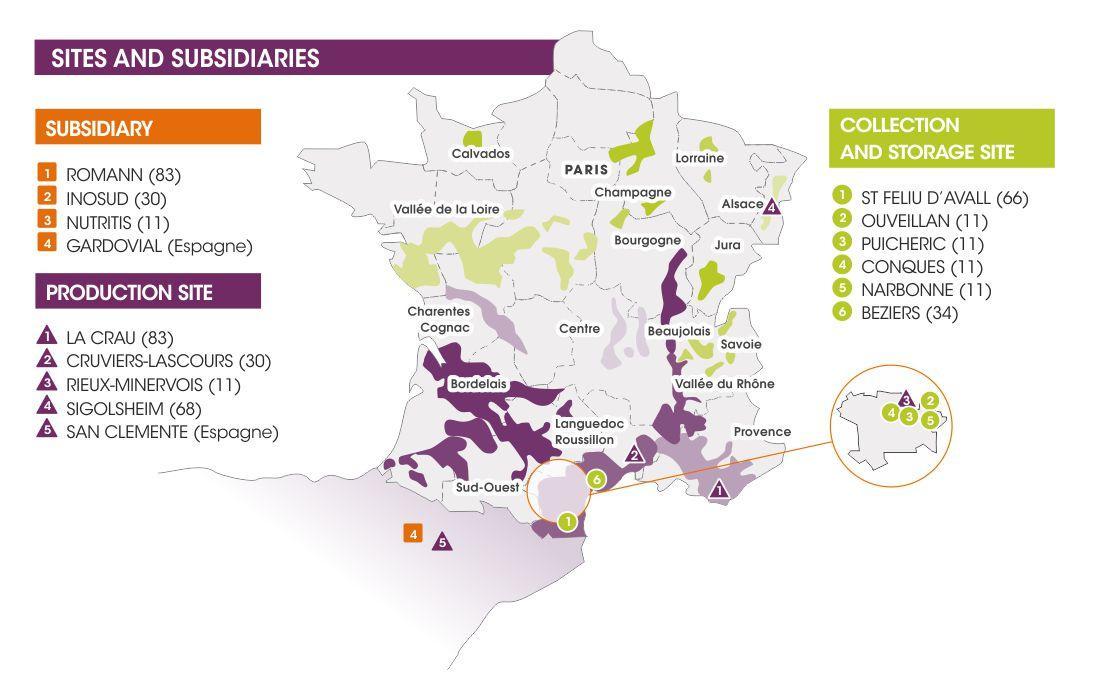 The activities of the Grap’Sud group, the head office of which is at Cruviers-Lascours in the Gard (30), are organised over 4 production sites and 6 storage sites.­

The company SAS Financière Grap'Sud, which is 100% held by the group, has four subsidiaries:­